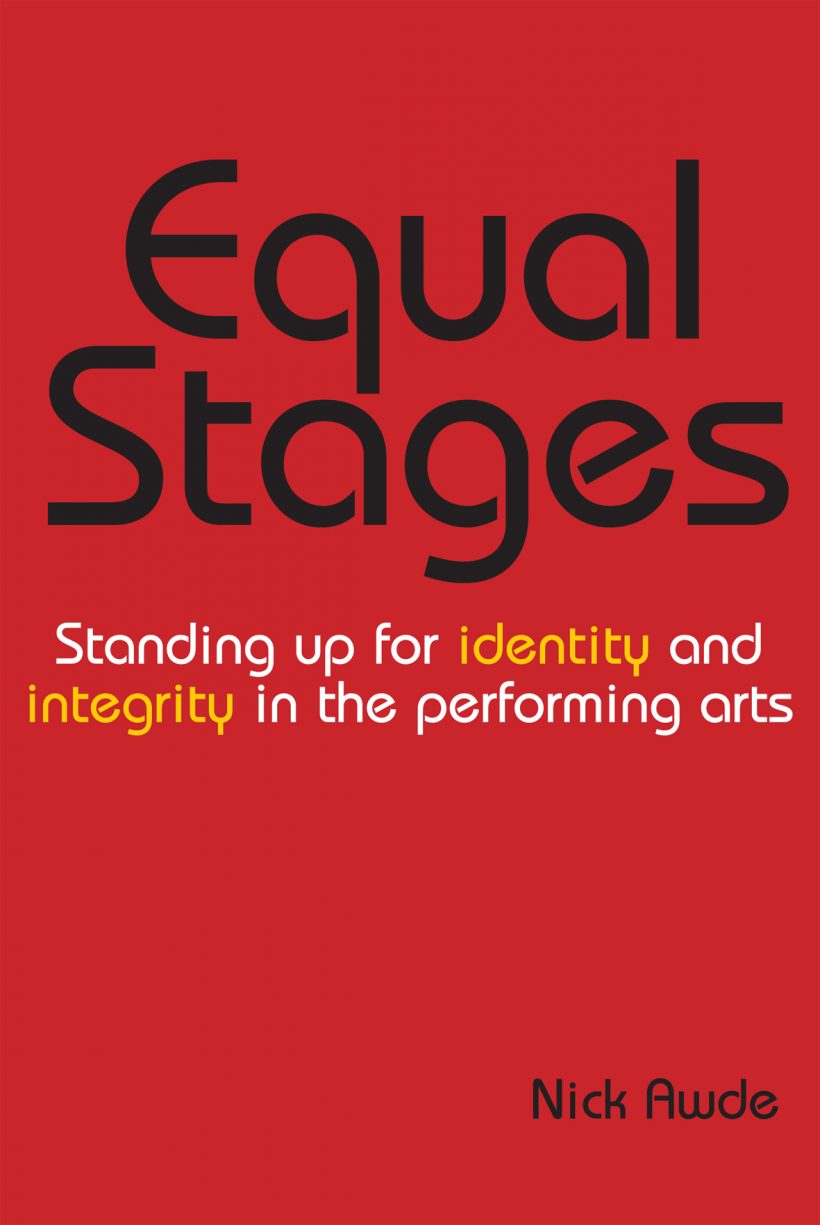 PDF EDITION: Equal Stages: Standing Up for Identity and Integrity in the Performing Arts, Vol 1

PDF EDITION FOR INDIVIDUALS –
ORDER HERE & WE’LL THEN SEND YOU YOUR E-EDITION.

If YOU ARE AN INSTITUTION, please email us for pricing, order & delivery details: info@deserthearts.com

This is how diverse theatre is made in the UK and Ireland.

Published in association with the Other National Theatre and the International Theatre Institute, EQUAL STAGES takes a look at diversity, representation, visibility and inclusion in the live performing arts, particularly theatre. It’s an interlocking snapshot of the industry provided by 40 interviews with a diverse range of 42 people who work in everything from performance to running venues, from writing to marketing, fringe theatre to international festivals. What they share is the vision and drive to break new ground for culture to make a difference in society.

The insights of these voices from around the British Isles – England, Scotland, Wales, Northern Ireland & Ireland – have a resonance far beyond the performing arts, in what has turned out to be a #LastNormalPhoto collection (most of the interviews took place between October 2019 and February 2020) tackling the issues we faced before the Coronavirus Crisis – and which we’ll still be facing post-Coronavirus.

NICK AWDE is founder of the Other National Theatre at Morecambe’s Alhambra Theatre, where he created the Morecambe Goth Passion Play, and co-director of the UK Centre of the International Theatre Institute (Unesco). He is also international editor (non-staff) for The Stage newspaper, was head critic of The Stage’s Edinburgh reviewing & awards team for many years, co-founder of the UK’s first professional theatre review site Theatre Guide London, and he also worked for many years for The Voice Newspaper Group. He has written, illustrated or edited more than 50 books including: Women in Islam, Chechen Phrasebook, Hausa Dictionary, Mellotron: The Machine and the Musicians That Revolutionised Rock, Singer-Songwriters Volume 1, and the forthcoming Avant-Hard in the UK, Finnish Rock, and Electric Guitarists & Bassists: Electrification of the Nation. As a playwright/ composer, dramatic works include Pete and Dud Come Again (with Chris Bartlett), Andrew Lloyd Webber: The Musical (book, lyrics & music), Noddy Holder’s Christmas Carol Unplugged, and The Europeans (Parts 1-3: Bruges, Antwerp, Tervuren). As Nick Awde & Desert Hearts, music includes the albums Blues for Blighty (Vols 1-3), Swimming in a Fish Bowl, Mellotronic Belgium Blues, avant-garde opera Belgium-737, and the EPs Selling England by the Pound, Close to the Edge b/w Meryl Streep/Rocket Man, and the single ‘European Man (I Do What I Can)’.

ISABEL APPIO is an established journalist and publisher with a focus on social inclusion in education, the workplace and arts & culture — primarily for under-represented and unheard young people, women and those with diverse abilities. Isabel worked as a leading journalist and publisher during the 1980s & 90s campaigning heydays of the Black British press. Isabel is the founder of Thrive 4.0 (Where Talent Meets Opportunity) which promotes inclusion and self-empowerment of marginalised groups in the new economy. She has worked on promoting diversity and inclusion with an extensive range of organisations including top corporates, self enterprises, local & central government departments, universities & colleges and leading charities & public bodies.