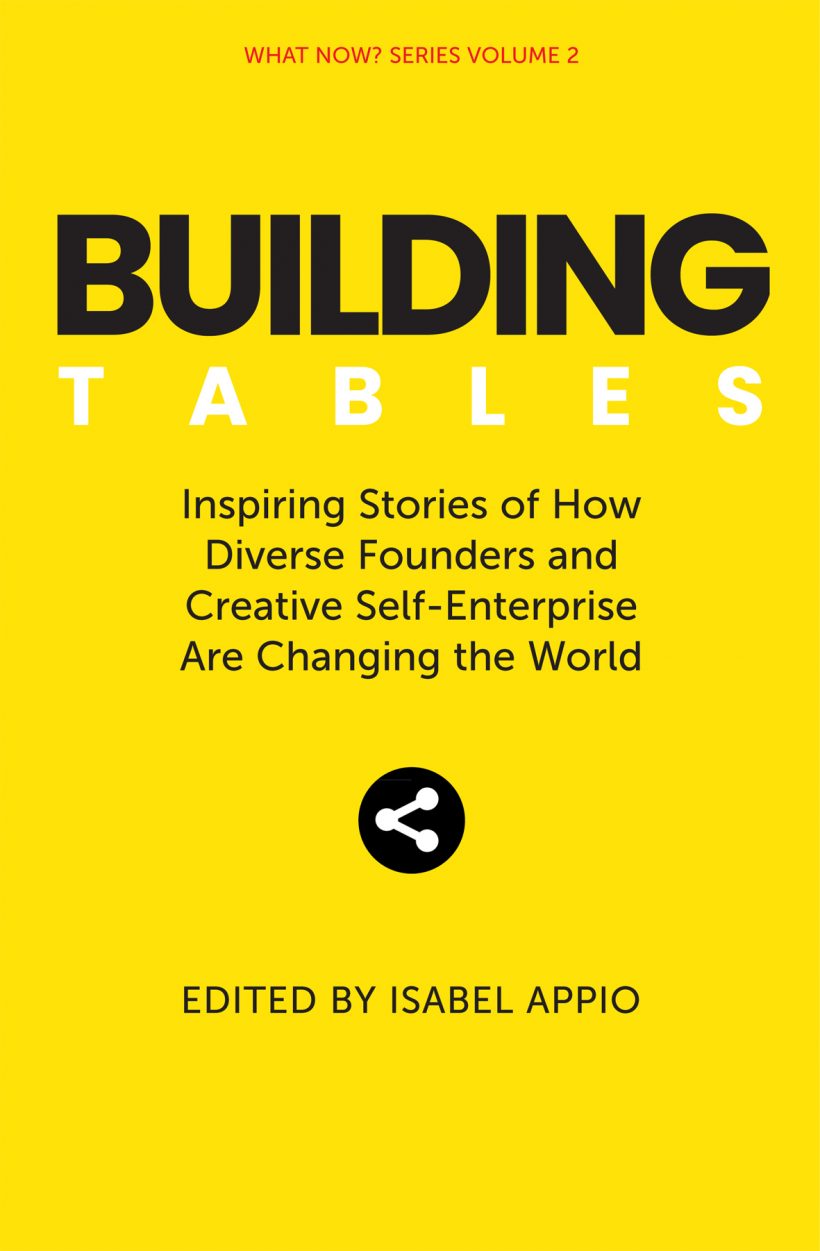 Building Tables: Inspiring Stories of How Diverse Founders and Creative Self-Enterprise Are Changing the World

PRINT EDITION SOLD OUT
Order direct at deserthearts.com and support an independent publisher.
Email us if you have a question at info@deserthearts.com

The stories in this book are testament to a generation of young diverse British founders who are establishing their own enterprises, socio-economic ecosystems and organisations on their own terms – Building Their Own Tables.

These innovative founders are part of the global movement of Creative Self-Enterprise for Good among the up-and-coming and often under-represented generations who are reimagining the future for us all.

Isabel Appio is a publisher and journalist with a focus on promoting opportunity in education, the workplace and the creative sector – primarily for under-represented and unheard young people, women and those with diverse abilities. Isabel worked as a publisher in the Black British press in the 1980s and 90s. Isabel is the founder of 100% Thrive (Where Talent Meets Opportunity) which promotes self-empowerment in the new economy. She has worked on promoting opportunities with an extensive range of organisations including leading corporates, self enterprises, local and central government departments, universities and colleges and leading charities and public bodies.

Nick Awde is a cultural producer, publisher and arts diversity writer who works to make international cultural connections between local and marginalised communities and raise awareness of child poverty. He has written, illustrated or edited more than 70 books and performed works, mostly on diverse cultures (including 25 books on African and Middle Eastern languages). He is the founder of the Other National Theatre, promoting excluded creatives, at Morecambe’s Alhambra Theatre, and co-director of the UK Centre of the International Theatre Institute (Unesco). He is also international editor (non-staff) for The Stage newspaper, and also worked for many years for the Black British press.