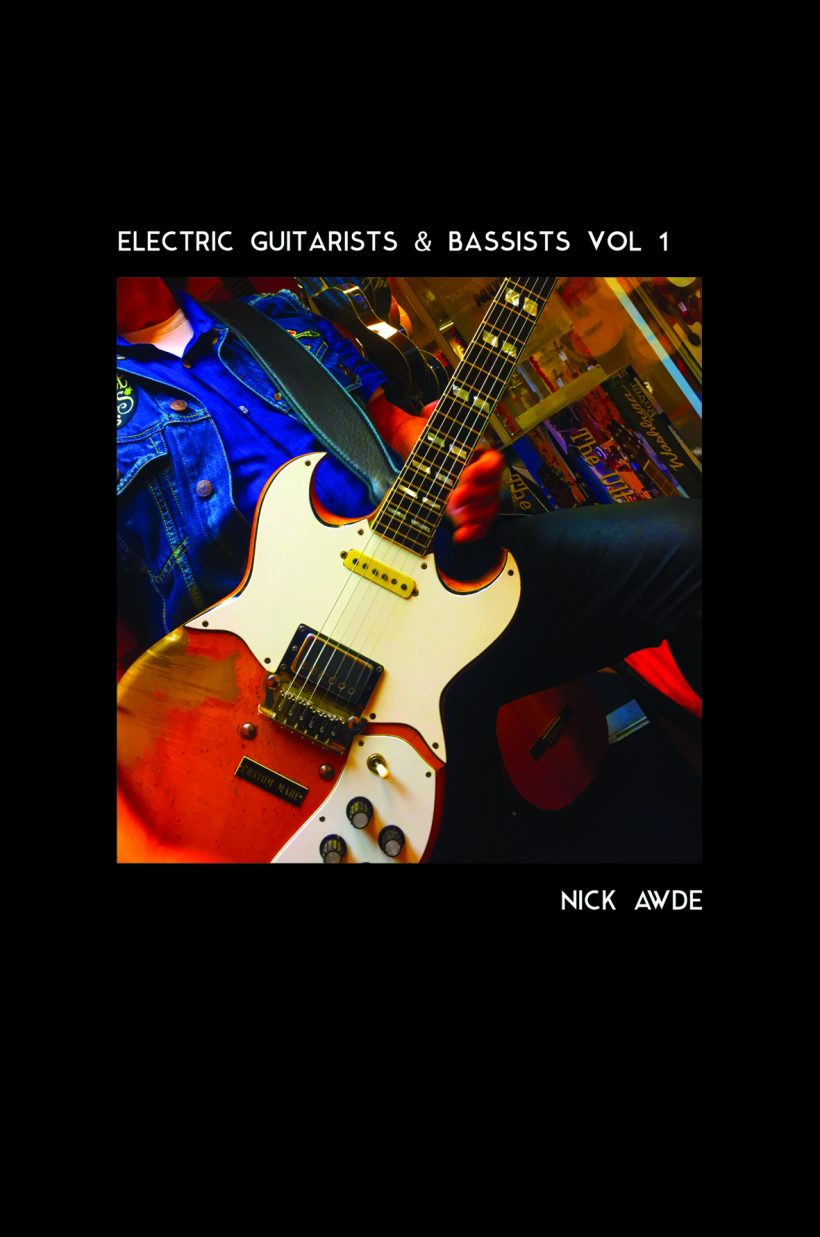 The first volume of interviews by music writer Nick Awde with British rock guitarists and bassists, taking a chronological sweep from the Forties to the present day. They talk about making a difference through their music and how they adapt to constantly changing music landscapes.

It’s only fair to start by warning you that these aren’t interviews about chords, effect pedals, solos or favourite guitar/bass models. What they are is a window into the extraordinary lives and vision of some of the guitarists and bassists who helped create the soundtrack to our lives.

Through more than 40 in-depth interviews across two companion books, these are the conversations I’ve been lucky to have with musicians who share their world views, explaining how the guitar revolutionised popular music and allowed them to create a new vocabulary that both reflected and influenced the tectonic shifts in post-war society.

The guitarists and bassists here are mostly from the UK – the majority from working class backgrounds – whose skills and collaborations have taken them and their bands all over the globe. Many came to prominence during the ‘Golden Age’ of rock and pop, the 60s, 70s and 80s – decades when music in the UK wasn’t just music but along with TV, football, fashion formed an integral part of our national consciousness.

David Cousins (Strawbs) offers the perspective of an acoustic guitarist working in an electric band, Jason How talks about Rotosound strings and Ant Macari about Macaris Musical Instruments and Sola Sounds pedals

A bit about Nick Awde

Nick is part of the team that runs Alhambra Live, a grassroots music venue in Morecambe, UK. He’s also a journalist, playwright, editor, critic and producer – he was international editor for The Stage newspaper and co-founder of the website TheatreGuide London, and worked for many years for The Voice, New Journal, Evening Standard and The Guardian newspapers. He has written, illustrated or edited more than 60 books including: Mellotron: The Machine and the Musicians That Revolutionised Rock, Singer-Songwriters Vol 1, Singer-Songwriters Vol 2, and the forthcoming volumes Finnish Rock, and Avant-Hard in the UK. As a playwright, dramatic works include Pete and Dud Come Again (with Chris Bartlett), Andrew Lloyd Webber: The Musical (book, lyrics & music), Noddy Holder’s Christmas Carol Unplugged, The Europeans (Parts 1-3) – he also translates plays by other writers. As Nick Awde & Desert Hearts, music includes the albums Blues for Blighty (Vols 1-3), Swimming in a Fish Bowl, Mellotronic Belgium Blues, avant-garde opera Belgium-737, and the EPs Selling England by the Pound, Close to the Edge b/w Meryl Streep/Rocket Man, and the single ‘European Man (I Do What I Can)’. Much of his work focuses on ethnoconflict and language/cultural genocide.