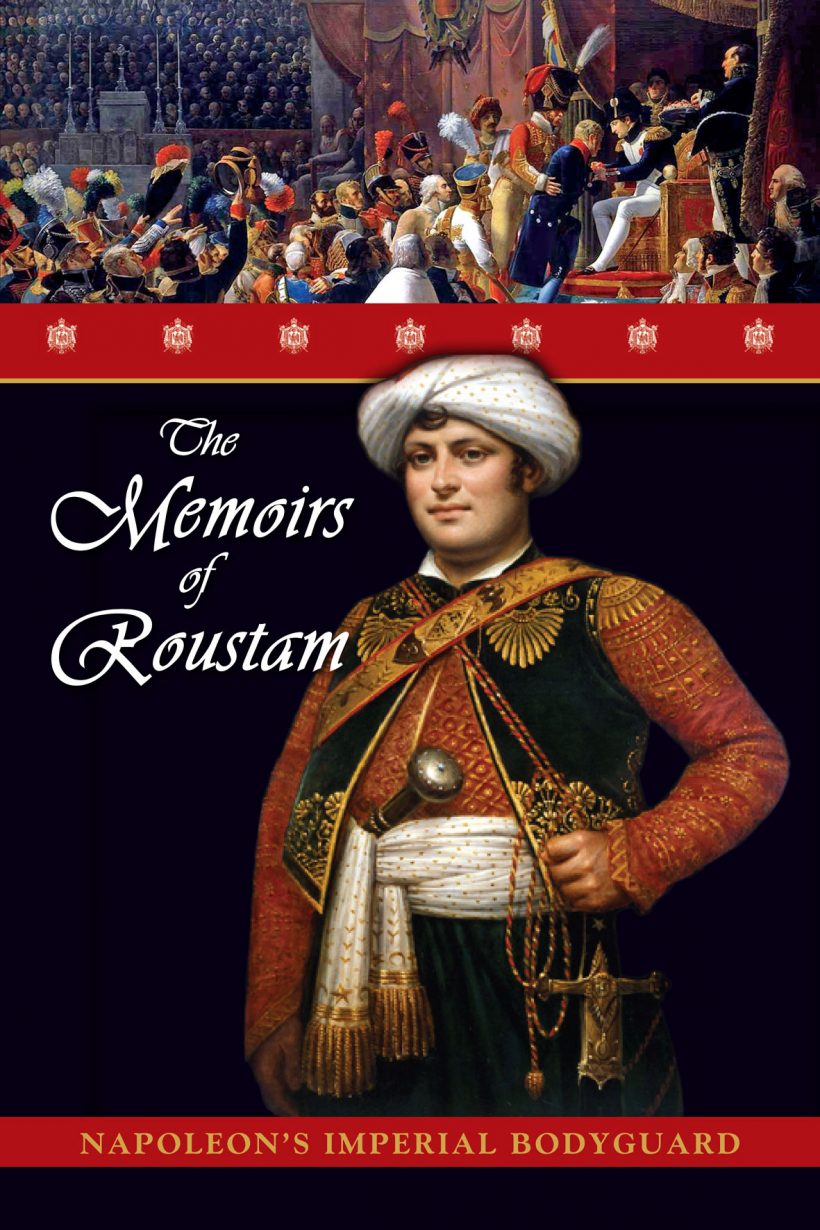 Kidnapped in the Caucasus and sold in the slave markets of Constantinople, Roustam in his Memoirs traces his odyssey from Mamluk to becoming Napoleon’s imperial bodyguard, valet and procurer, from Egypt to the gates of Versailles and beyond.

The Memoirs of Roustam is a piece unmatched in Napoleonic literature, and with such an exotic author, it is among the most fascinating in the life and legacy of Napoleon Bonaparte.

Kidnapped in the Caucasus and sold in the slave markets of Constantinople, Roustam in his Memoirs traces his odyssey from Mamluk to becoming Napoleon’s imperial bodyguard, valet and procurer, from Egypt to the gates of Versailles and beyond. Unlike many with status and social standing in French society, Roustam entered Napoleon’s life without wealth, power or title, and became, over the years, his most trusted confidant.

Written by an individual alien to the cultural milieu of France and European civilization, the Memoirs provides a unique perspective on the life of Napoleon during his tenure (1799-1814). Privy to the most intimate details of his master’s life, Roustam’s Memoirs sheds light on the personal affairs of the most powerful political figure and military genius in modern European history. It highlights aspects of Napoleon’s relationships with his military commanders, inner circle, and political leaders.

A ubiquitous figure, Roustam accompanied Napoleon in all ceremonial occasions, including the signing of treaties, audiences with European kings and emperors as well as major Napoleonic campaigns, including Italy, Spain, Austerlitz, and Russia among many. He is said to have had influence and played a role in some of the most sensitive decisions made by Napoleon, in particular those pertaining the fate of his ethnic kin, the Armenians and their communities in Italy and Russia.

ARA GHAZARIANS has served as the editorial assistant and manager of the Armenian Review and Director for Resources and Archives of the Zoryan Institute. He has translated and edited several books, among them Heinrich Vierbücher’s Armenia 1915, Jakob Künzler’s In the Land of Blood and Tears, Platon P. Zubov’s The Astrologer of Karabagh, and Azerbaijan & Aran by the prominent Iranian scholar Enayatollah Reza.

CATHERINE CARPENTER has worked in academic libraries, including 28 years in Harvard University’s Widener Library system. She translates novels from French into English, especially those of Georges Simenon and Émile Zola, a direct outgrowth of her passion for the French language.