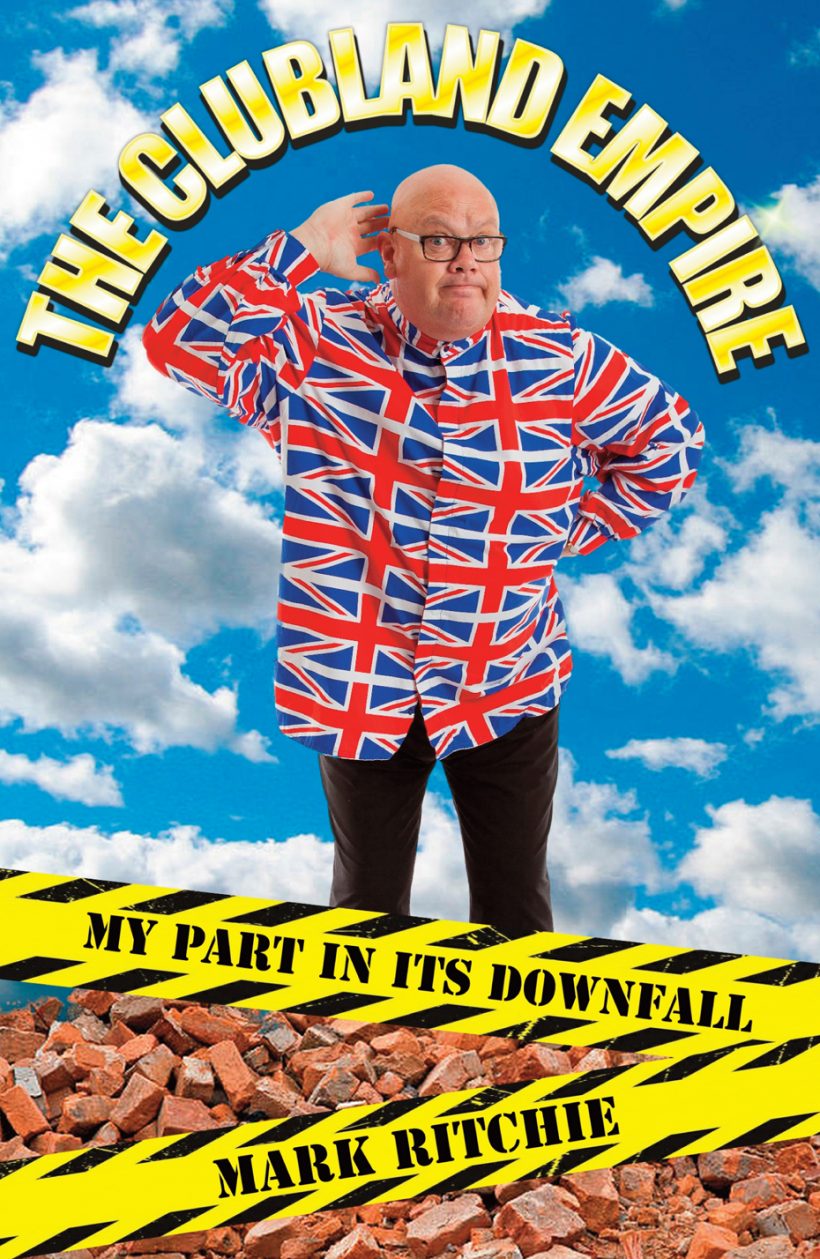 The Clubland Empire: My Part in Its Downfall

Entertainer and show business writer and publisher Mark Ritchie documents his personal experience of the decline of the once-mighty Northern working men’s clubs that offered live entertainment reflecting the lives and dreams of their audiences.

THE CLUBLAND EMPIRE: MY PART IN ITS DOWNFALL

Chronicles of a life in Northern Clubland by Mark Ritchie

Involved in Clubland all his life, entertainer, booker & journalist Mark Ritchie takes a personal journey through the working men’s clubs that were at the centre of traditional working-class life.

The mighty Clubland scene that saw its heyday in the North of England during the 1970s has now all but disappeared. From the Wakes Weeks to the club seaside trips, from the machinations of the club committees to the mass club closures during the 1980s as the traditional heavy industries central to Northern society and culture were scaled back, sold off or closed down altogether, Mark has lived through it all.

In The Clubland Empire he shares his tales of the gigs and personalities that he has met along the way. With a father who was a part-time club singer and full-time coal miner and mother who worked in variety and Clubland as a pianist accompanying visiting artistes, it may have been inevitable that Mark would end up in the then burgeoning club scene of his youth.

Mark, who followed his father to work as a coal miner, began as a club member, before being elected to a club committee whilst still in his teens and at the same time playing part-time in a Clubland covers band. He then acted as a club concert secretary (talent booker) at his own local club, before starting his own Clubland entertainment agency.

Mark went solo in the clubs in 1983 and turned full-time professional, originally as a singer. Turning more to comedy, Mark has been booked in the clubs ever since winning regional comedy and entertainment Clubland awards in Blackpool, The Midlands and in his native Yorkshire.

Mark is the editor of show business magazine UK Cabaret and has written about his Yorkshire life and working with some of his comedy heroes in his first book RIGHT PLACE… WRONG TIME.