Volumes 1 & 2 of in-depth interviews with British rock/pop guitarists and bassists, taking a chronological sweep from the 1950s up to today. They share the ups and downs of their journeys though the constantly changing landscape of rock and pop music.

It’s only fair to start by warning you that these aren’t interviews about chords, effect pedals, solos or favourite guitar/bass models. What they are is a window into the extraordinary lives and vision of some of the guitarists and bassists who helped create the soundtrack to our lives.

Through more than 40 in-depth interviews across two companion books, these are the conversations I’ve been lucky to have with musicians who share their world views, explaining how the guitar revolutionised popular music and allowed them to create a new vocabulary that both reflected and influenced the tectonic shifts in post-war society.

The guitarists and bassists here are mostly from the UK – the majority from working class backgrounds – whose skills and collaborations have taken them and their bands all over the globe. Many came to prominence during the ‘Golden Age’ of rock and pop, the 60s, 70s and 80s – decades when music in the UK wasn’t just music but along with TV, football, fashion formed an integral part of our national consciousness. 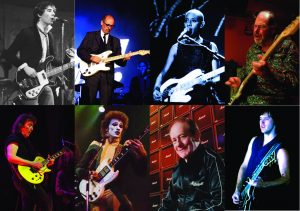 You’ll read, for example, Dave Davies of the Kinks on the iconography of the electric guitar and bass, Steve Howe of Yes & Asia on forging the guitarist’s sonic identity, Zal Cleminson of the Sensational Alex Harvey Band on taking the art of performance to the next level, Ray Russell on the ever changing ecosystem of the session guitarist, Steve Hackett of Genesis on the challenges of the solo artist, Glen Matlock of the Sex Pistols on the barriers of class and education, Gail Ann Dorsey of David Bowie’s band on balancing touring and recording, Andy Fairweather Low of Amen Corner and Roger Waters Band on the ups and downs of negotiating the music business, Jim Marshall on keeping up with the demands for amplification.

Here’s the list of all the voices who chart how they create art from the electrification of music: 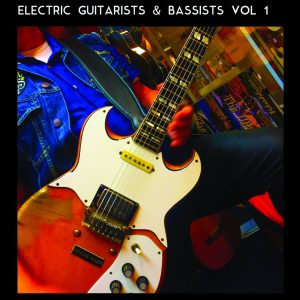 Volume One includes interviews with: 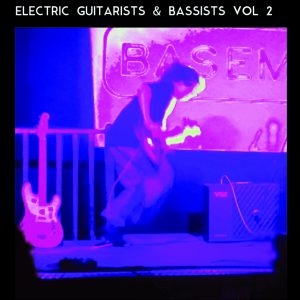 Watch out for an informal series of Q&As + acoustic performances planned for later in 2023. Hopefully we’ll be able to do something across the country – in or near Belfast, Birmingham, Brighton, Bristol, Cardiff, Dublin, Glasgow, Leeds, London, Manchester, Morecambe, Newcastle, Norwich. Let me know if you’d be interested – nick@deserthearts.com

A bit about Nick Awde…

I write about music, theatre and dance, and I’m also guitarist in the aptly named Nick Awde & Desert Hearts. I’m part of the team that runs Alhambra Live, a grassroots rock music venue in Morecambe in the North West of England. Books by me on music include the epic 600-page Mellotron: The Machine and the Musicians That Revolutionised Rock, Singer-Songwriters Vol 1 and Singer-Songwriters Vol 2. And I wrote what is possibly the world’s only academic paper that analyses the satire of Frank Zappa.

In the 80s, I started Desert Hearts to be a constantly evolving platform that promotes and showcases the voices of creative people who want change our way of thinking and perception – the musicians in Electric Guitarists & Bassists Vols 1 & 2 are perfect examples. Buying direct from Desert Hearts supports independent publishing.